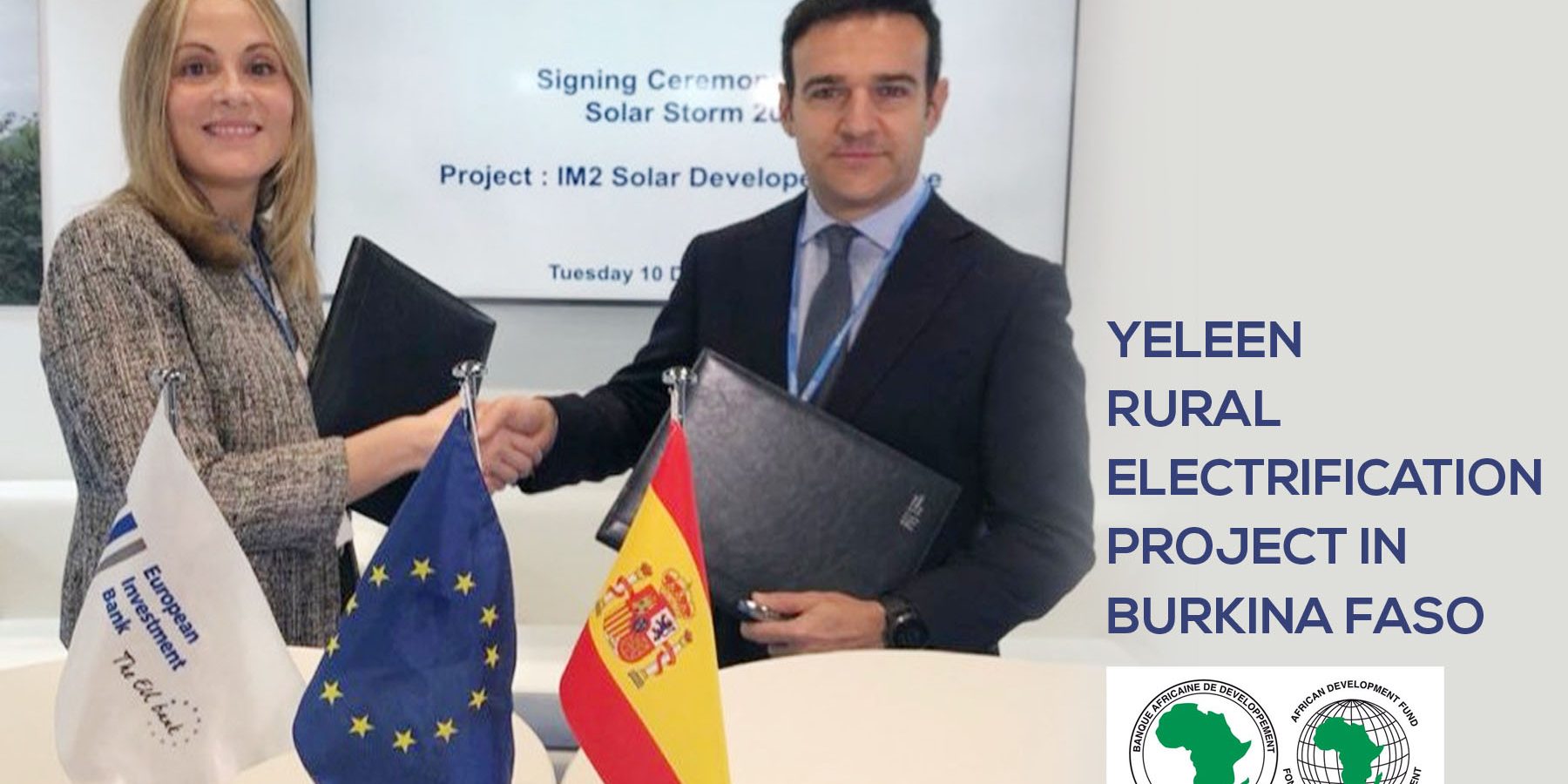 The Board of Directors of the Bank has approved a €48,82 million loan to the Government of Burkina Faso for the Yeleen solar plant, intended to boost national power supply.

Yeleen, which is to be implemented under the Bank’s Desert to Power ( DTP) Initiative, and which will span a period of five years from 2020-2024, is the second project under the DTP initiative in Burkina Faso. The total project cost is estimated at €136.69 million.  The rest of the financing for Yeleen is provided by Agence Française de Développement (AFD), European Union (EU), and Société Nationale d’électricité du Burkina Faso (SONABEL).

The electricity access rate in Burkina Faso is one of the lowest in Africa at around 21% at national level in 2018. Upon completion, the project will increase and diversify electricity supply through the construction of four new 52 MWc photovoltaic (PV) plants and extend power distribution networks to connect 30,000 new households, or about 200,000 people. It will also contribute to the avoidance of 48,000 tCO2eq emissions annually.

Dr. Daniel Schroth, the Bank’s Acting Director for Renewable Energy & Energy Efficiency also added that the approval would further the Desert to Power Initiative’s momentum in line with commitments made at the Sahel G5 Summit on 13th September in Ouagadougou.

“With this project, we are making concrete progress on two of the five priority areas under the Desert to Power initiative which include adding new solar generation capacity and strengthening the transmission and distribution networks,” said Schroth.

The current project is part of Burkina Faso’s broader 2025 Solar Programme, known as “Yeleen” with three components: (i) Development of photovoltaic plants (PV) connected to the interconnected national grid; (ii) Increase in the electricity distribution network; and (iii) Rural electrification by mini-grids (isolated) and individual solar systems. The rural electrification “ Yeleen rural electrification project” which aims to to increase electricity access in Burkina Faso by connecting 150,000 households to solar mini- grids (50,000 household) and through stand-alone solar kits systems (100,000 households) was approved by the Bank in December 2018 with joint financing with EU and GCF.

The project aligns with Bank’s Country strategy paper for Burkina Faso (CSP 2017-2021), its High-5 “Light Up and Power Africa”initiative, and the Bank’s Climate Change plan. Desert to Power initiative aims to accelerate economic development by adding solar energy generation capacity of up to 10 GW by 2025 through a combination of public and private interventions.