ESTELA Welcomes The Proposed “Integrated National Energy And Climate Plans” From The Spanish Government Under The Governance 2030 Regulation. 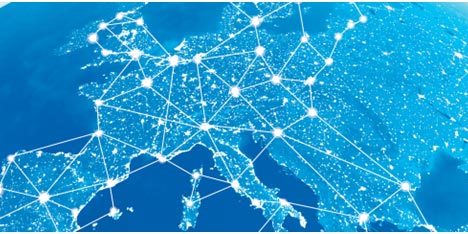 In Spain, the draft National “Integrated National Energy and Climate Plans” (NECPs) has been approved by the Spanish Council of Ministers and submitted to the European Commission. ESTELA, as the representative of the European Solar Thermal Electricity sector (also known as concentrated solar power) industry, welcomes the proposed increasing of installed capacity in solar thermal electricity from currently 2,300 MW to 7,303 MW by 2030.

ESTELA welcomes the “Integrated National Energy and Climate Plans” recently sent by the Spanish government under the Governance 2030 Regulation covering the ten-year period 2021 to 2030.

This development in Spain is a strong signal that the value of solar thermal electricity is now recognised when forecasting the future energy generation mix. The additional 5 GW of new solar thermal power plants, with a much larger volume of storage, will capture, store and subsequently generate electricity, mostly in a complementary way to photovoltaic or wind generation, contributing to the stability of the grid.

With currently 2.3 GW installed capacity, Spain is still the global technology leader in STE industry. However, with such a three-fold growth in the next 10 years, the European STE/CSP industry could substantially strengthen its technological leadership also on world markets and maintain its excellency in research and innovation activities.

Likewise, more STE/CSP in Europe means that this technology could (already today) provide a substantial contribution to the needed flexibility for a further increase of solar PV and wind generation towards decarbonization – without waiting for industrial maturity of other technologies that are currently not able to deliver bulk amounts of CO2-free dispatchable energy.In addition, the deployment of solar thermal power plants will not only have an important macroeconomic effect on GDP and employment for all European countries involved along the STE/CSP value chain, but will also stimulate the investment in various sectors on equipment, components, and services.

Furthermore, granting solar thermal power plants a more significant role over the next decade will ease the necessary phasing-out of coal and nuclear power plants. The proven competitiveness of solar thermal power plants against fossil backup technologies and the ability of this technology to provide the basic services of conventional power plants will lead to a zero-emission generation fleet – combined with the other already established intermittent renewables, especially in sunny European countries.In short, ESTELA believes that STE will eventually turn to be a key contributor of the energy transition in Europe.

Therefore, ESTELA calls for EU institutions and most importantly other EU Member States laying behind their 2020 RES objectives to consider again the opportunities to include STE/CSP in their strategies, since the recast of the RES Directive, which will enter into force in 2021, calls for a proactive cooperation between Member States leading to cross-border projects.