Generation of Solar Power in India 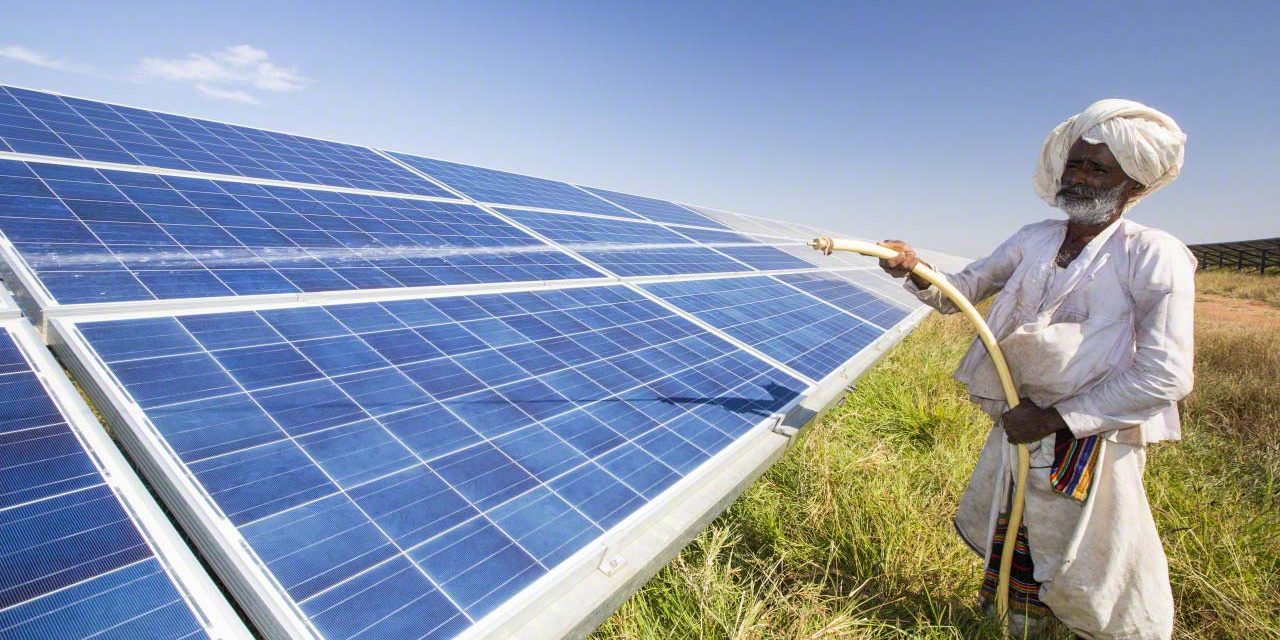 The Government of India has set a national target of installing 1,00,000 MW grid connected solar power capacity in the country by December, 2022. As on 31.10.2019, a total grid connected solar power generation capacity of 31,696 MW has been set up in the Country, projects of 17998 MW capacity are at various stages of installations and tenders for 36278 MW capacity projects have been issued. With new tenders of around 15000 MW planned in remaining period of 2019-20 and 2020-21, we are on course for achieving the target.

The State/UT-wise solar power generation, as reported by Central Electricity Authority, in the country during each of the last three years and the current year are given in Annexure-I.

While the Ministry does not make budgetary allocations state-wise, details of funds released under some of the Solar Programmes during the last three years and the current year are given in Annexure-II.

The Union Government has been implementing National Solar Mission under which various Schemes (as detailed in Annexure-III) have been launched for promoting the generation and use of solar power in the country. This apart, the Ministry of New and Renewable Energy makes publicity for effective implementation all schemes including Solar Schemes through print, social, electronic and other media. The Ministry has also launched a Mobile App for solar rooftop systems.

This information was provided by Union Minister of State (IC) New & Renewable Energy, Power and Skill Development and Entrepreneurship Shri R.K. Singh, in written reply to a question in Lok Sabha today.