How Japan Became The World Leader In Floating Solar Power

How do you increase your solar energy output when you need all your land for agriculture and for housing? Answer: take to the water. That’s just what they are doing in Japan.The world’s first floating solar plant was built in Japan, in Aichi Prefecture in central Honshu. The country’s many inland lakes and reservoirs are now home to 73 of the world’s 100 largest floating solar plants and account for half of those plants’ 246 megawatts of solar capacity. 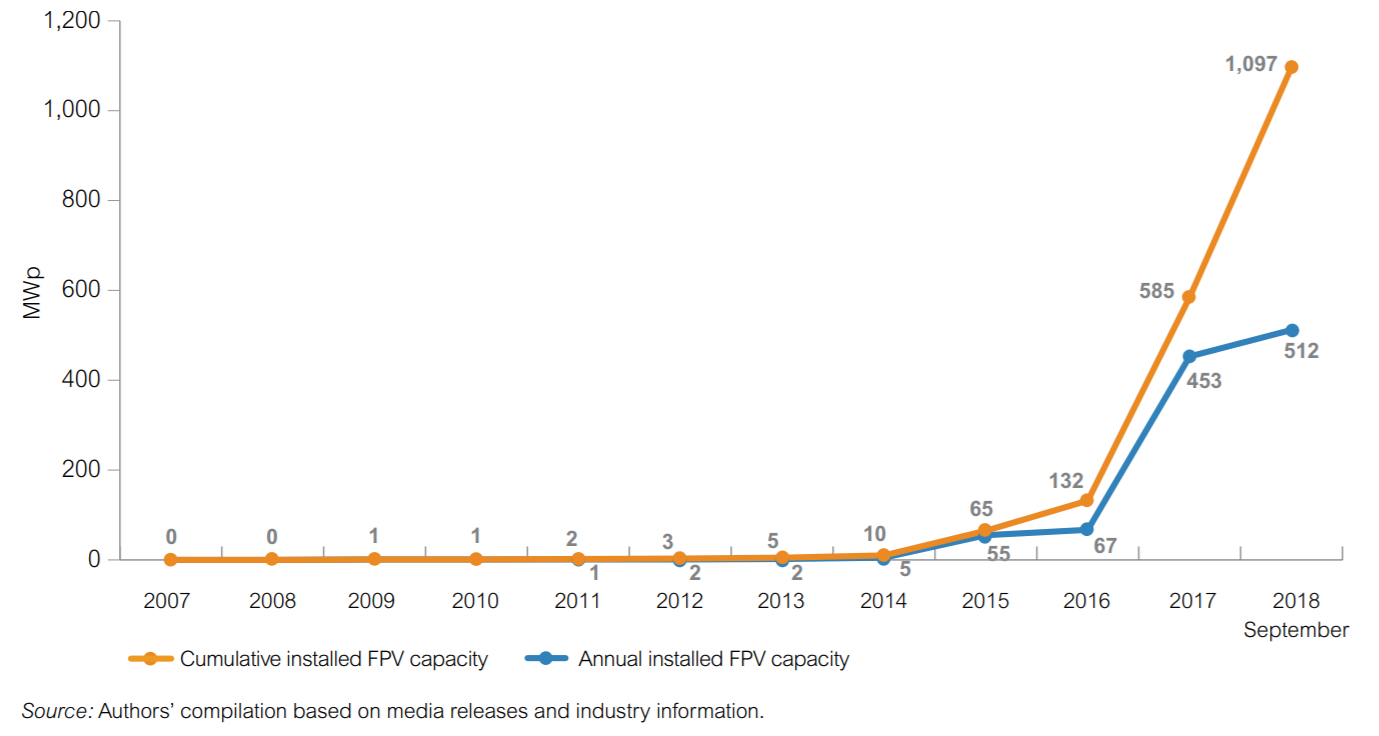 Hyogo Prefecture in southern Honshu has almost 40,000 lakes and already hosts nearly half the floating solar capacity of the world’s 100 largest plants. Many plants are small scale, helping the region to kick-start the move to distributed local power generation which the World Economic Forum has identified as the key to transforming the world’s power supply.

The biggest Japanese floating solar plant sits behind the Yamakura Dam at Ichihara in Chiba Prefecture. It covers 18 hectares, can power nearly 5,000 homes and is saving more than 8,000 tonnes of CO2 a year.Japan’s Yamakura plant is made up of almost 60,000 solar panels.

Floating solar is particularly well suited to Asia, where land is scarce but there are many hydroelectric dams with existing trans 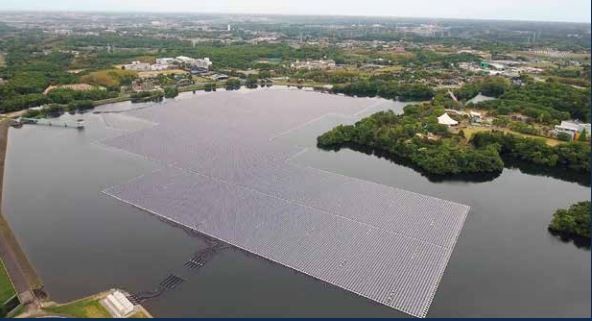 World floating solar output grew 100-fold from 2014 to 2018. It could soon provide more power than conventional land-based systems. The pace is picking up. India recently announced it plans 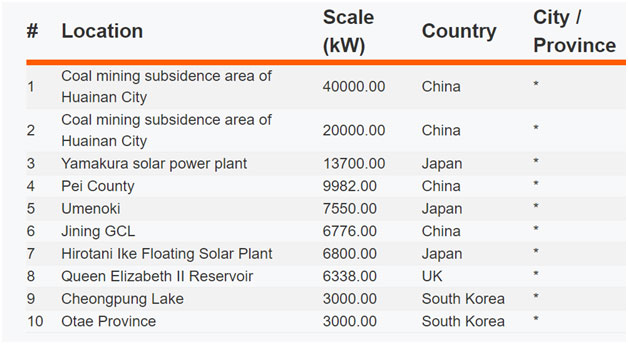 to create 10 gigawatts of floating solar capacity.
Although its proponents say floating solar has massive potential, critics worry it may harm marine ecosystems by blocking sunlight. They also point to its vulnerability to bad weather. In 2017, a typhoon did considerable damage to an installation near Osaka.On the up side, floating solar linked to hydroelectric plants has the potential to maintain power supplies when water levels drop. Experts say that it works well where power grids are weak. They think sub-Saharan Africa could be the next big beneficiary of the technology.