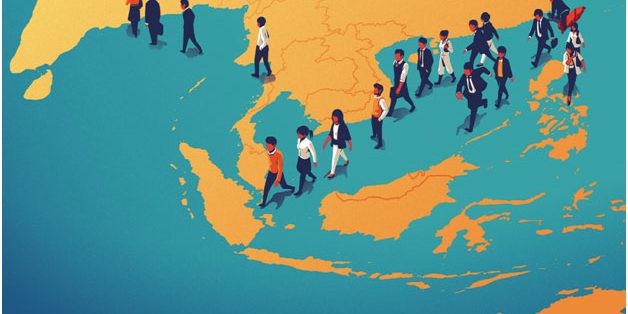 Technological innovations and favourable government policies are among the four trends expected to drive Southeast Asia’s transition to renewable energy in the coming years.A report published by global auditing firm KPMG on Tuesday titled ‘The Renewable Energy Transition’ noted that while there are still 70 million ASEAN citizens without access to reliable electricity, the potential for renewable energy is huge in those markets and governments are increasingly turning to solar and wind energy to address the issue. Consumers driving the green agenda forward and the entry of new funds into the ASEAN renewable energy market are two other trends identified in the report.Each of ASEAN’s 10 members have set targets for renewable energy, and technological innovations such as better solar power efficiency and floating solar panels means that renewable energy is now more accessible than ever before.

The establishment of RE100 in 2014 – a collaborative, global initiative uniting more than 100 influential businesses committed to 100 percent renewable energy – is a prime example of how consumers are helping to boost demand for renewable energy, especially since commerce and industry use up two thirds of the world’s electricity. Among the companies in the group include Google, Microsoft, Coca Cola and IKEA – all of which have a strong presence in ASEAN.

The Institute for Energy Economics and Financial Analysis (IEEFA) released a report last August which showed that the Philippines – where an estimated 20 million people lack constant electricity supply and 12 million have none at all –  can reduce its electricity costs to just 2.50 Philippine pesos (US$0.05) per kilowatt-hour (kWh) by installing rooftop solar. By comparison, diesel costs 15 Philippine pesos (US$0.28) per kWh and coal costs 3.8 Philippine pesos (US$0.07) per kWh.“Solar, wind, run-of-river hydro, geothermal, biogas, and storage are competitive, viable domestic options that can be combined to create a cheaper, more diverse and secure energy system,” said Sara Jane Ahmed, an IEEFA energy finance analyst and the author of the report.