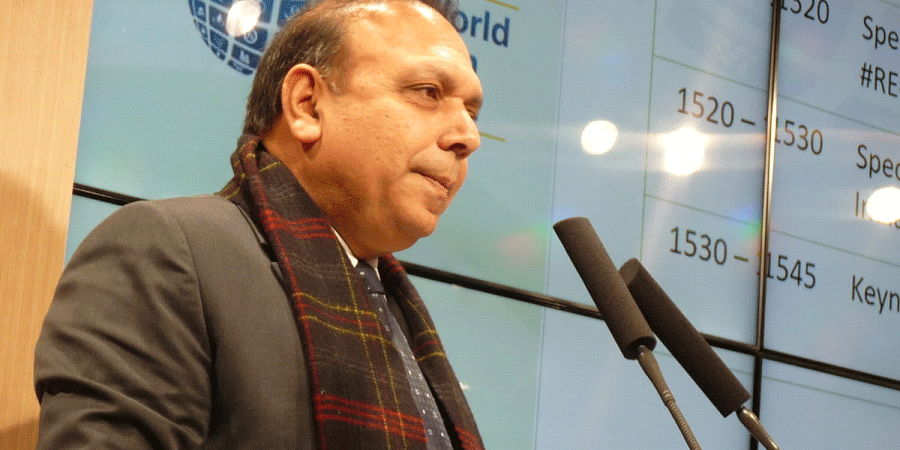 “It is important to go for a rebid if the prices are higher than expected,” MNRE secretary Anand Kumar said.

Cancellation of auctions for renewable energy projects because of high bids has saved central and state governments Rs 3,405 crore, a top official said, although companies have sharply criticised the practice as anti-investor.

“It is important to go for a rebid if the prices are higher than expected,” Ministry of New and Renewable Energy (MNRE) secretary Anand Kumar said. “It is the duty of the ministry to see that the government purchases power at the right rate. Enough and more power is being generated, so the price also should be fair,” he told to source.

Kumar disagreed with industry experts who have maintained that such cancellations were dampening investor sentiment and would make it difficult for the country to achieve its target of 175,000 MW of renewable energy capacity by 2022.

According to solar consultancy Bridge to India, 5,300 MW of valid winning bids were cancelled in 2018. These included 2,400 MW out of a 3,000 MW solar auction held by Solar Corporation of India (SECI), an arm of the MNRE, in July last year. A month later, SECI endorsed only the lowest winning bid of Rs 2.44 per unit to set up 600 MW quoted by Acme Solar. Projects awarded at the auction to other winners, who had bid tariffs in the range of Rs 2.65 to Rs 2.71 per unit, were all cancelled.

Thereafter, in February this year, SECI sought bids again for 1,200 MW of the cancelled 2,400 MW. This time the winning bids varied between Rs 2.55 and Rs 2.61 per unit and were accepted.

Kumar said that according to calculations by his ministry, the weighted mean average of the tariffs in the cancelled 2400 MW auction had been Rs 2.70 per unit, while in the fresh one it was Rs 2.585 per unit – the difference amounting to a saving of Rs 55.2 crore for the government in a single year (on 1200 MW).

Since the power purchase agreements (PPAs) are signed for 25 years, the total saving would be Rs 1,380 crore, he said.

The remaining 1200MW are still to be auctioned, which will happen later this year, Kumar said.

Another auction cancelled last year was by the Uttar Pradesh New and Renewable Energy Authority (UPNEDA) for 1,000 MW. Held in April, it attracted bids at between Rs 3.48 and Rs 3.55 per unit, which the state officials found too high, leading to it being annulled in July. UPNEDA later conducted two rounds of auctions of 500MW and 550MW respectively.

MNRE’s calculations have shown that while in the cancelled auction, the weighted average tariff was ?3.53 per unit, the same in the two subsequent auctions taken together was Rs 3.125 per unit. This has meant a saving of ?81 crore per annum, or Rs 2,025 crore over 25 years, for the UP government.

In January, Gujarat too had cancelled a 700 MW solar auction it had held in December 2018, where the weighted average of the winning tariffs was Rs 2.87 per unit.

“When Gujarat holds the auction again, the lowest tariff is likely to be in the range of Rs 2.60 per unit. That’s where tariffs are at now. This will save the Gujarat government Rs 945 crore over a 25 year period,” Kumar said.