Global energy transformation: A roadmap to 2050 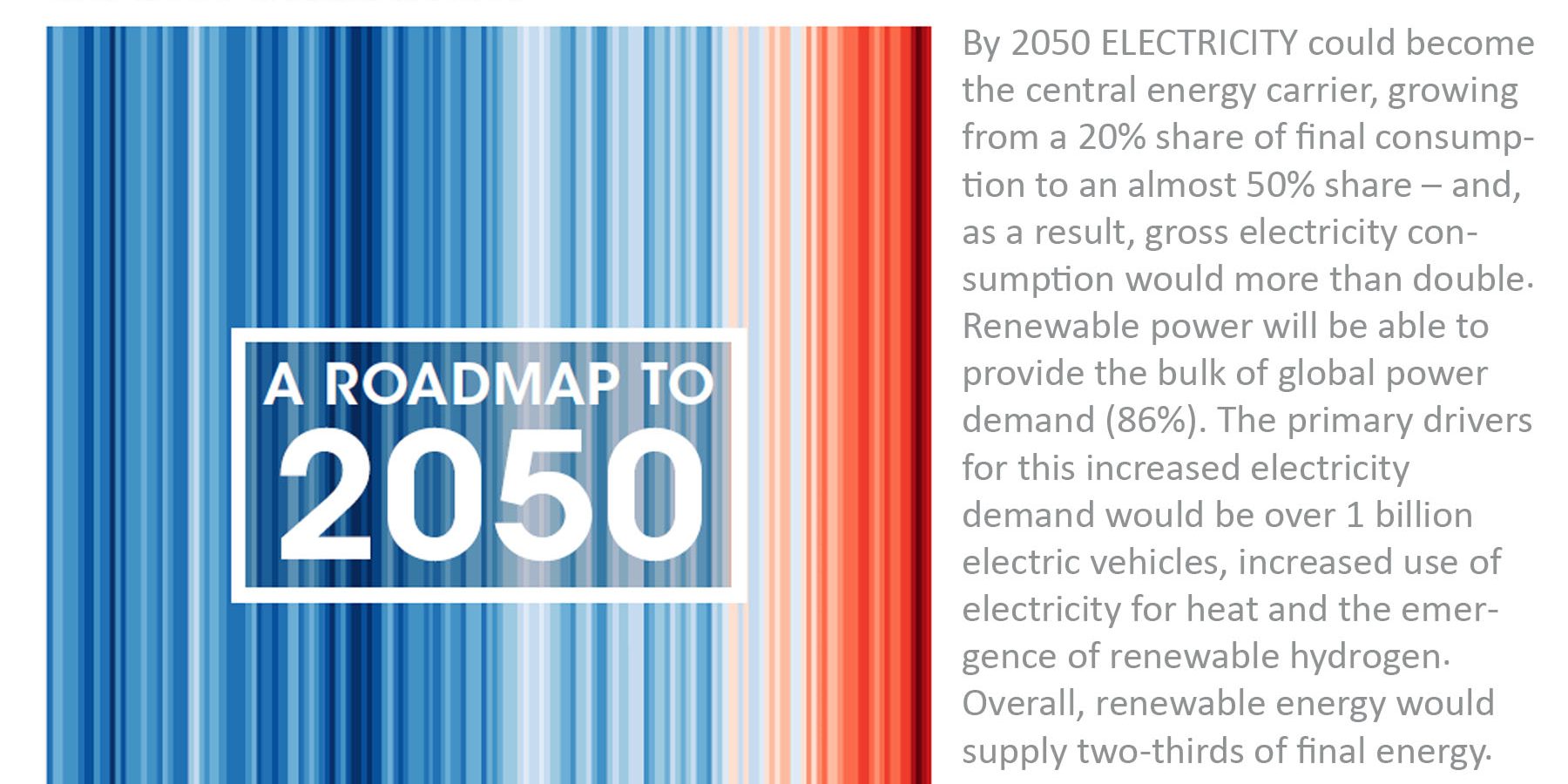 Increased use of renewable energy, combined with intensified electrification, could prove decisive for the world to meet key climate goals by 2050. This study from the International Renewable Energy Agency (IRENA) highlights immediately deployable, cost-effective options for countries to fulfil climate commitments and limit the rise of global temperatures. The envisaged energy transformation would also reduce net costs and bring significant socio-economic benefits, such as increased economic growth, job creation and overall welfare gains.

The report – the second under the Global Energy Transformation banner – expands IRENA’s comprehensive roadmap, which examines technology pathways and policy implications to ensure a sustainable energy future. Ramping up electricity to over half of the global energy mix (up from one-fifth currently) in combination with renewables would reduce the use of fossil fuels, responsible for most greenhouse-gas emissions.

Electrification is emerging as a key solution for reducing emissions but only if paired with clean electricity, which increasingly can be sourced at the lowest cost from renewable energy. The share of electricity in total energy use must increase to almost 50% by 2050, up from 20% today. Renewables would then make up two-thirds of energy consumption and 86% of power generation. Renewable electricity paired with deep electrification could reduce CO2 emissions by 60%, representing the largest share of the reductions necessary in the energy sector.

Renewables already make up more than half of newly installed power-generation capacity. Yet their overall share in the energy mix (including power, heat and transport) needs to grow six times faster, IRENA’s analysis shows.

Achieving a climate-safe future, however, depends on swift global action. Current plans and policies, including Nationally Determined Contributions (NDCs), fall far short. Energy-related emissions have risen around 1% yearly since 2015, while the world’s “carbon budget” looks set to run out within a decade. 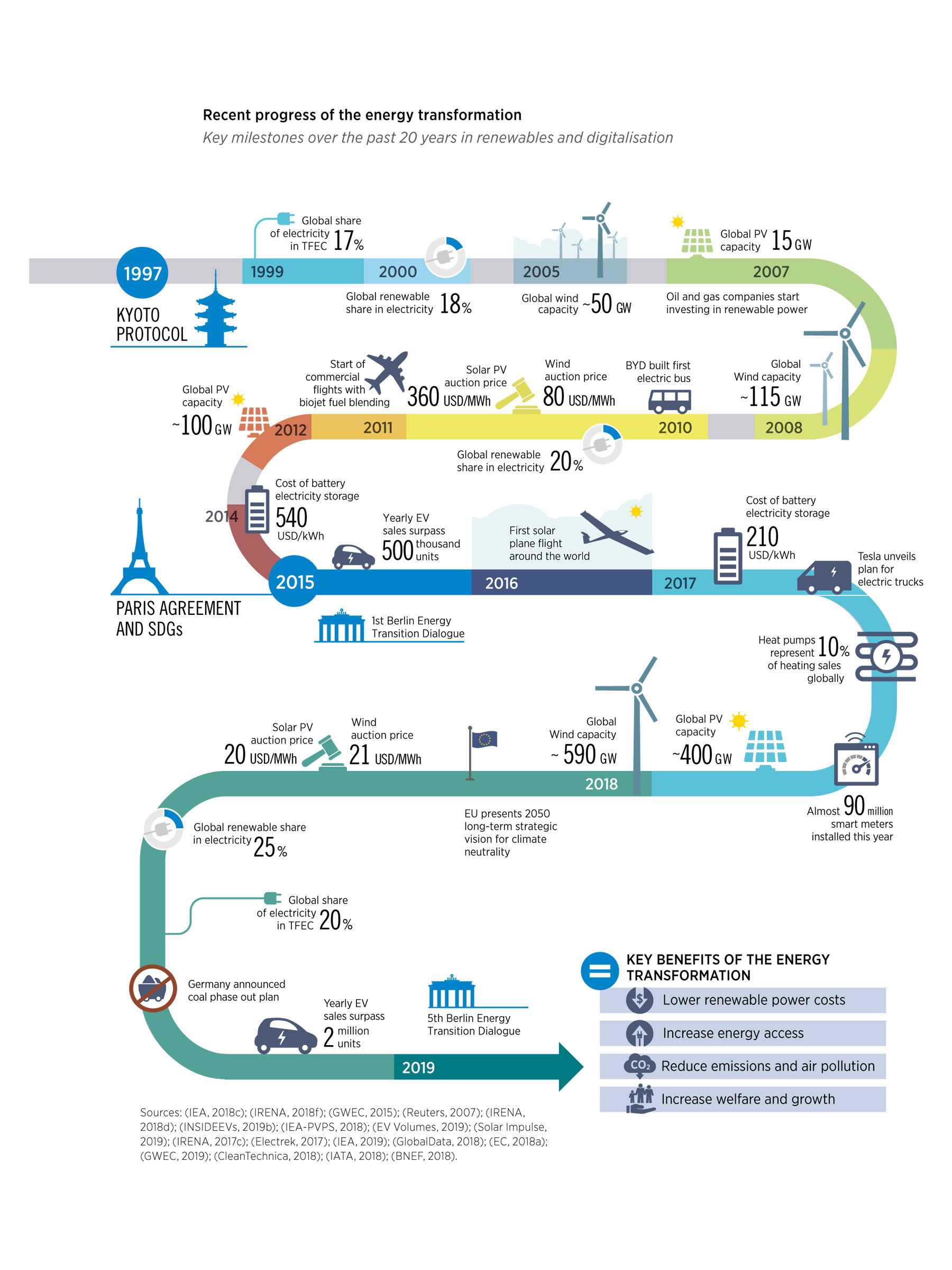