Latin America and the Caribbean holds tremendous renewable energy promise. IRENA’s recent ‘Future of Solar Photovoltaic’ report highlighted that the region’s solar energy capacity alone could grow by a factor of 40 by 2050 to more than 280 gigawatts (GW) thanks to an abundant resource endowment and strong enabling policies. Today, during UN Climate Conference COP25 in Madrid, it took a giant leap towards realizing that potential.

A new regional initiative coordinated by the Latin American Energy Organization (OLADE) and announced to the global community during the Chile Energy Day, sets a regional goal of reaching at least 70 per cent of renewable energy in electricity in by 2030. The target involves reaching a total installed capacity of 312 GW of renewables capacity by that time – a significant proportion of which should come from non-conventional renewable energy.

“This initiative encompasses the type of sizable commitment needed in order to keep global climate efforts on track and help achieve the Paris Agreement goals,” he said. “More than 230 gigawatts of its power already comes from renewable sources and several countries make the top-ten in the global renewable energy investment list.”

The move demonstrates Latin America and the Caribbean’s strong desire to capitalise on the opportunities presented by a transition to low-carbon technologies, and to adopt a position of global leadership in the pursuit of climate mitigation and sustainable development.

Speaking at the event and in response to the announcement of the new initiative, IRENA Director-General Francesco La Camera said that several Latin American countries were already in the top ten global renewable energy investment list demonstrating the energy transformation momentum that already exists in the region.

Mr. La Camera went on to commend Colombia for its driving force behind the establishment of this new goal, which now has the support of Chile, Costa Rica, Ecuador, Guatemala, Haiti, Honduras, Paraguay, Peru, and Dominican Republic while Panama and Brazil are in discussion. He said Colombia’s successful renewable energy auctions which have resulted in the procurement of more than 2 GW are an ‘inspiring example for other countries in the region’. Colombia has proposed a goal of at least 4 GW by 2030 from Non-Conventional Renewable Energies domestically, reaching 74 per cent of renewable energy nationwide in the power generation grid.

Countries that have already exceeded a 70 per cent of energy from renewables at national level, are still encouraged to join this regional initiative. Partners are encouraged to favour the use of non-conventional renewable energy characterized by their minimal social and environmental impact. Small hydro, solar, wind and organic waste all fit within this framework. 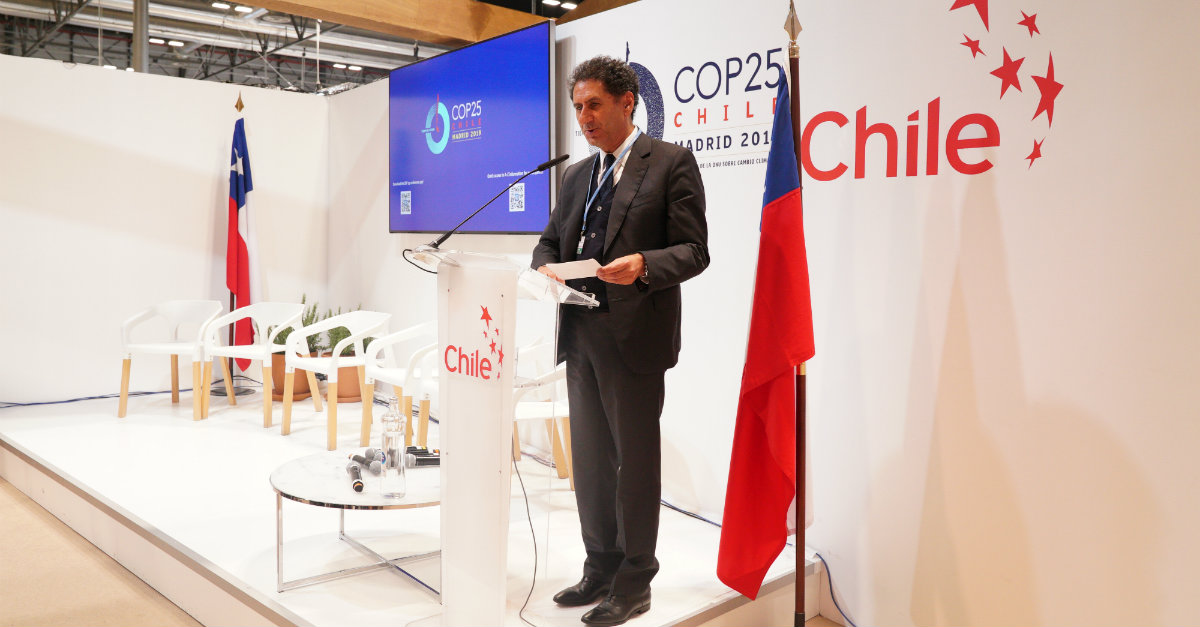 Caribbean islands, together with other small island development states (SIDS), are already suffering the impact of extreme weather events, despite their negligible carbon footprint. From the frontlines of climate change, they also find themselves at the vanguard of global climate mitigation and resilience action through bold commitments to increasing short term action and long-term energy transition strategies if supported with robust and predictable international finance and other means of implementation. Several islands including those in the Caribbean plan to go 100 per cent renewables including Aruba, Dominica, Grenada and Montserrat.