The World Will Add 70,000 Solar Panels Every Hour In The Next 5 Years 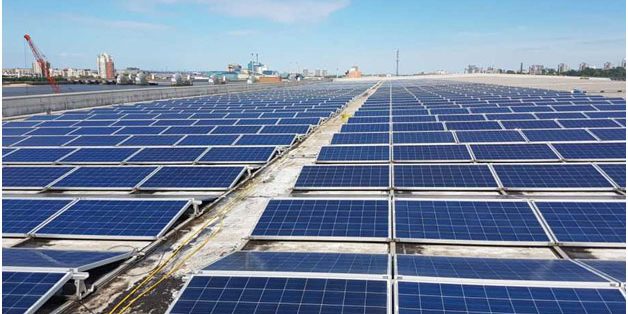 According to article published by Formative Content, “By 2022 the worlds renewable energy capacity overall should increase by 43%”.
The amount of solar power capacity expected to be added in the coming years is equivalent to 70,000 new solar panels every hour – enough to cover 1,000 soccer pitches every day.
It is estimated that global solar power capacity will triple by 2022, driven by Chinese demand and the ever-falling cost of buying and installing solar panels.
According to the International Energy Association (IEA), photovoltaic solar power grew faster than any fuel in 2016, and there will be far more solar capacity added in the next four years than any other type of renewable energy, including wind and hydropower.
China is expected to add 40% of the world’s new solar panels between now and 2022, despite having already surpassed its solar power target for 2020.
Concerns about air quality and the fact that China is responsible for manufacturing nearly two-thirds of the world’s solar panels are expected to drive the country to reach a solar capacity of 320 gigawatts (GW) by 2022 – more than the total electricity capacity of Japan.
Alongside China’s solar expansion, the IEA expects possible policy and regulatory improvements in other key countries, such as India, Japan and the US, will cause world solar PV cumulative capacity to triple to 880 GW by 2022.
By this time renewable energy capacity overall should increase by 43% – equivalent to half the global capacity in coal power, which has taken 80 years to build.
Source: World Economic Forum
Date: 21 Mar 2018
Tag: worlds renewable energy, 2022, International Energy Association, gigawatts